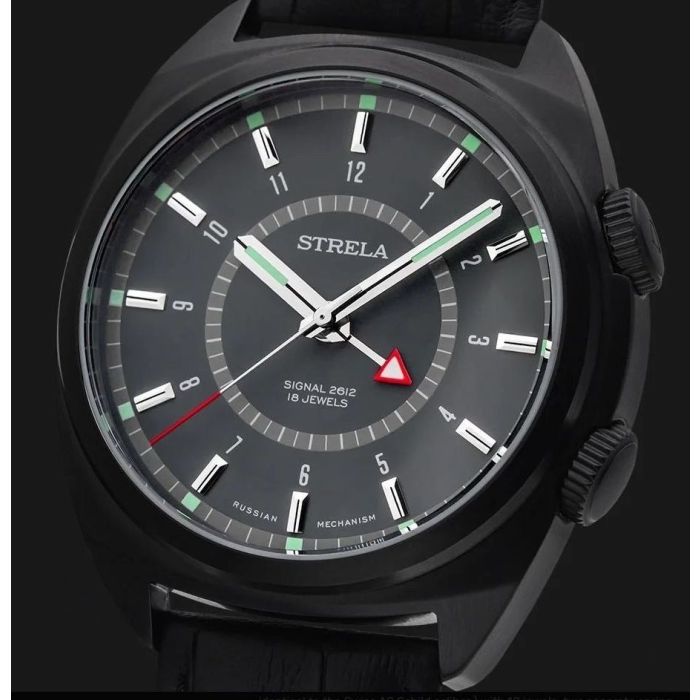 This  STRELA alarm has a massive black IPB-coated ( can´t fade! ) stainless steel watchcase with a diameter of 44mm (with crown 45mm and lug to lug width 50mm) and a height of 13mm.

You can find our complete selection of wristwatches with alarm movement here: https://www.poljot24.de/en/uhrtypen/alarm.html