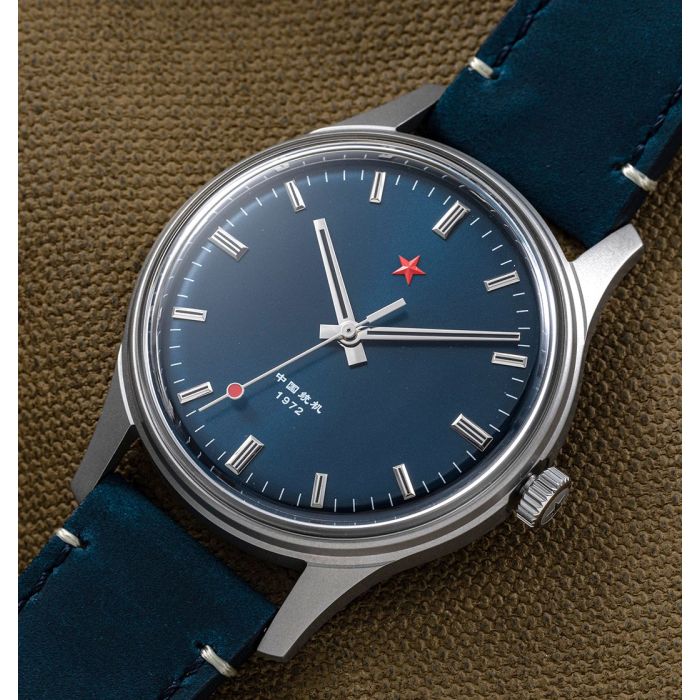 This watch features a very reliable, hand-wound Tongji mechanical movement. It has 17 jewels, 21,600 vibrations/hour and a power reserve of approximately 36 hours and shock protection.

The blue colored dial features the red star logo and faceted indices are used as markers.