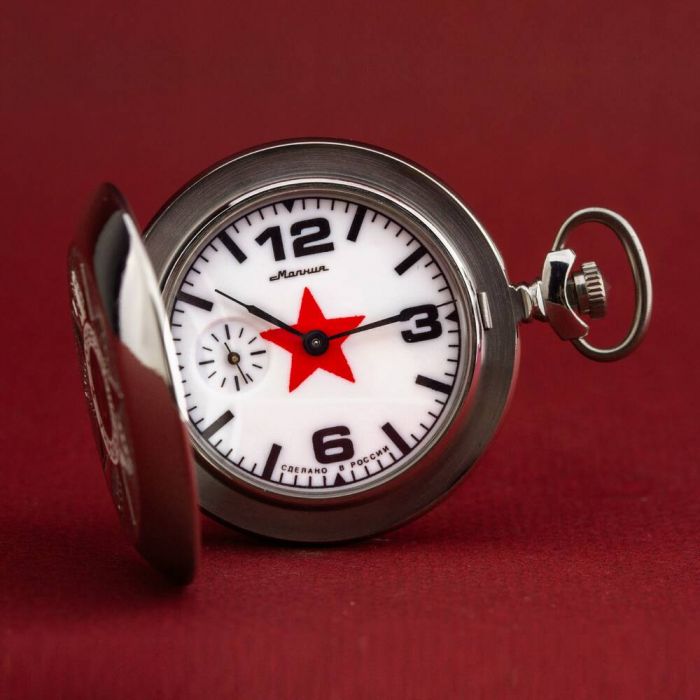 Metal case with a diameter of 50mm, 16mm height, plexiglass and spring lid. ( opens by pressing on the crown )

This is the Great Patriotic War model. White dial with red star.