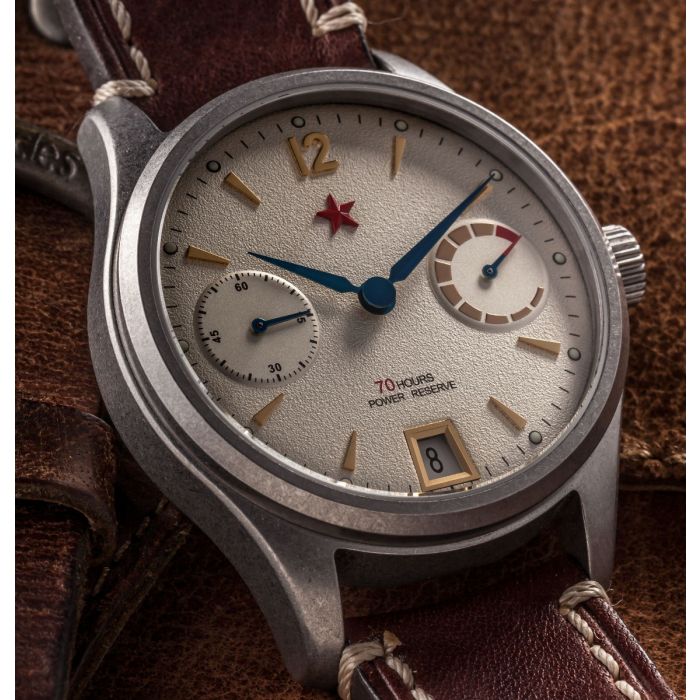 ...one of my favorites: a big automatic with very special caliber and power reserve indicator!

The domed sapphire crystal covers the classical bronze  vintage dial - this dial is fitted with blued hands and golden  indexes/numbers. The distinctive "Red Star" gives this special watch its name.