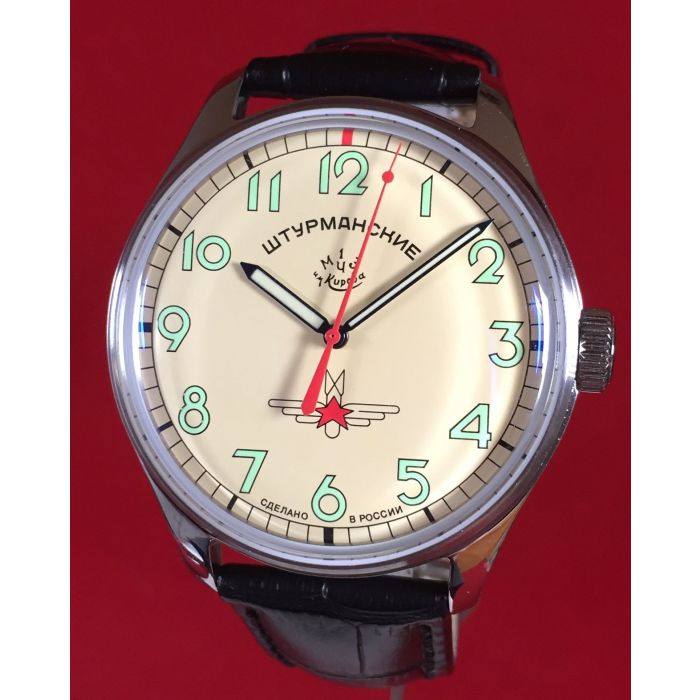 1 piece on stock only!

On April 12th, 1961, Yuri Gagarin became the first human to travel in space in the Vostok 3KA-2 (Vostok 1) space capsule and return to Earth. During the historic flight, Gagarin wore a Sturmanskie pilot’s wristwatch. 1960 Gagarin was selected as a potential astronaut and received from March 1960 to January 1961 his relevant training. He was chosen mainly for its quiet temperament among the 20 possible candidates to leave the earth as the first man.
Gagarin started  on board of the a Vostok from the the space station Tjuratam (now Baikonur) and landed after his mission in orbit near the southwestern russian city of Engels. The flight was one of the biggest successes of the Soviet space program and is considered a milestone of the space race between the USSR and the United States.

This Sturmanskie honours Jurij Gagarin and the design is similar to the original watch of Jurij Gagarins famouns flight.

White dial. Screwed crown.
This Gagarin is powered by the well known and reliable Poljot manual winding caliber 2609 with 17 jewels  and shock protection.

A real treat for collectors and lovers of mechanical watches with historical background!