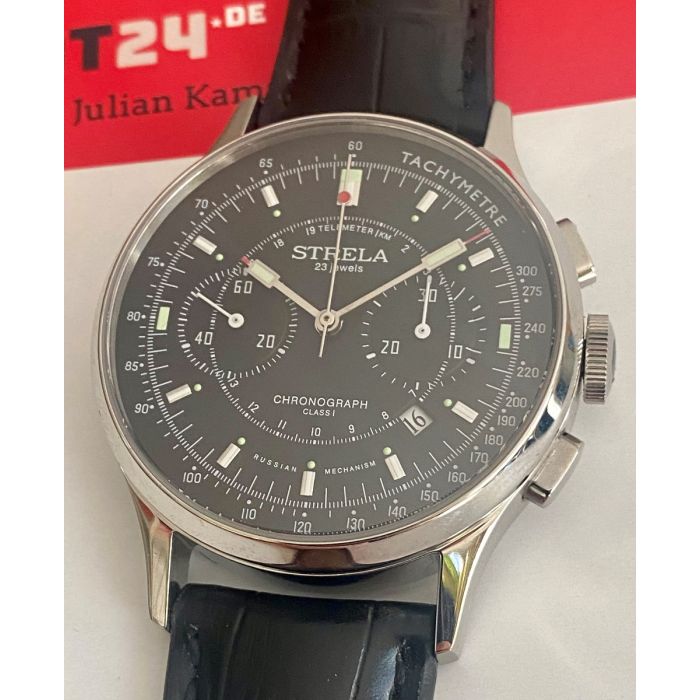 This Strela Chronograph Nr. CO42LAB has the name "Cosmos" - it has a massive,  brushed stainless steel case with a polished bezel, polished bandconnections and pushers/crown.  The detailled and perfectly finished watchcase has a diameter of 42mm ( with crown  44.8 mm ), a height of 14 mm , a weight of 90 grams incl. leather strap and a bandwidth of 22mm Complete lug-to-lug width is 51mm.

A slightly curved, scratch-resistant sapphire glass provides a clear view on the black Strela dial with latin text.  The dial of this Version CO42LAB "Cosmos"  is completely labeled in latin  and shows a tachymeter scale, a telemeter scale and very original luminous Strela-hands and luminous indexes. The date is positioned between the numbers "4" and "5" .

You can find all Strela watches in this rubric = https://www.poljot24.de/en/marken/strela.html