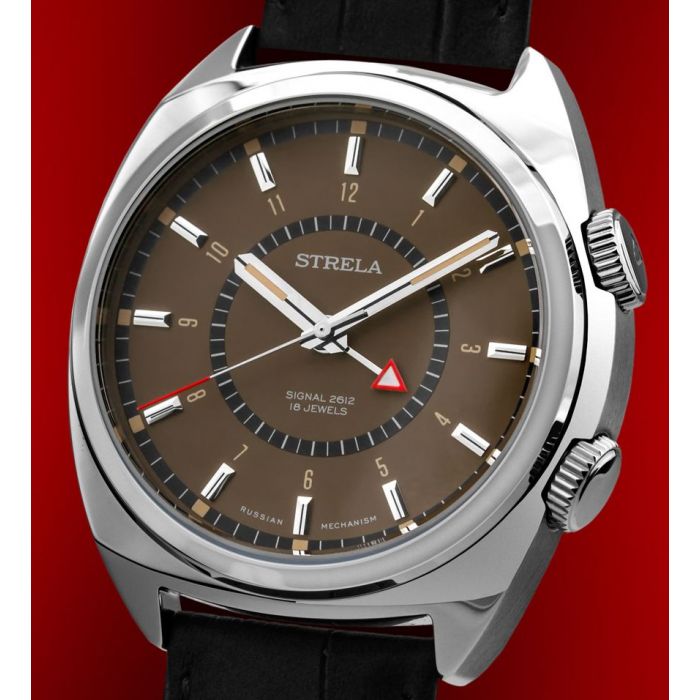 This Strela has a latin lettered ( as the export models during the sovjet union ) brown dial with luminous indexes, silver hands with luminous inlays and red tips, a red second hand and a triangular alarm hand.