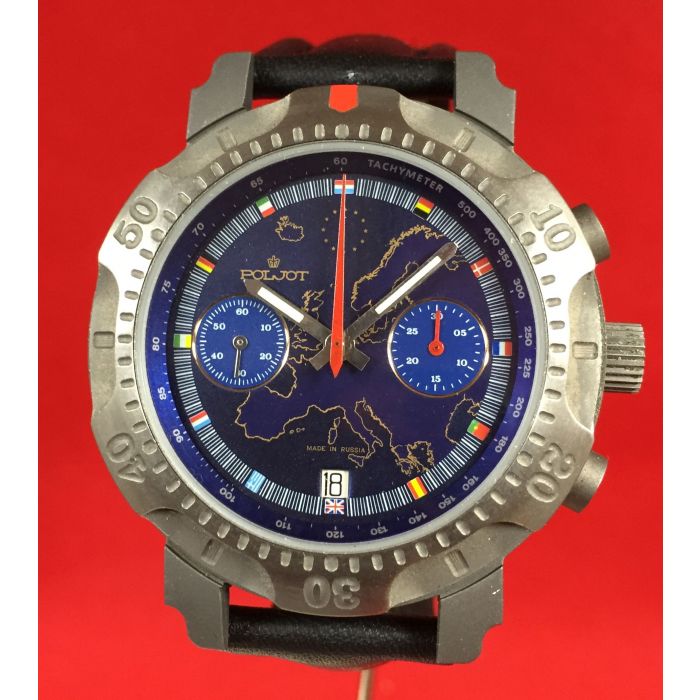 RARITY!   Poljot Chronograph EUROPE 2000 with Titanium case -  on stock from original factory inventories. New and unworn - produced in 2000, tested and re-oiled by my watchmakers

Here the text of the former press release:

Made by leading European designers, designed by professors of the Wroclaw Academy of Fine Arts, manufactured on  Swiss precision equipment at POLJOT, the 1st Moscow Watch Factory - a perfect manifest of the  united Europe and the European idea.

Since 1995, 15 countries were now working on the completion of the European idea. Poljot has therefore produced  the "Europe 2000"  - a bridge between tradition, present and future:   a symbiosis of watchmaking perfect for the enthousiasts  who enjoys mechanical Chronopraphs and the idea of a united Europe in the next millennium.
As a reference, this can be found on the bottom of   "Europa 2000" edition alongside the serial number  is also the engraved illustration of the Europe of the new millennium."