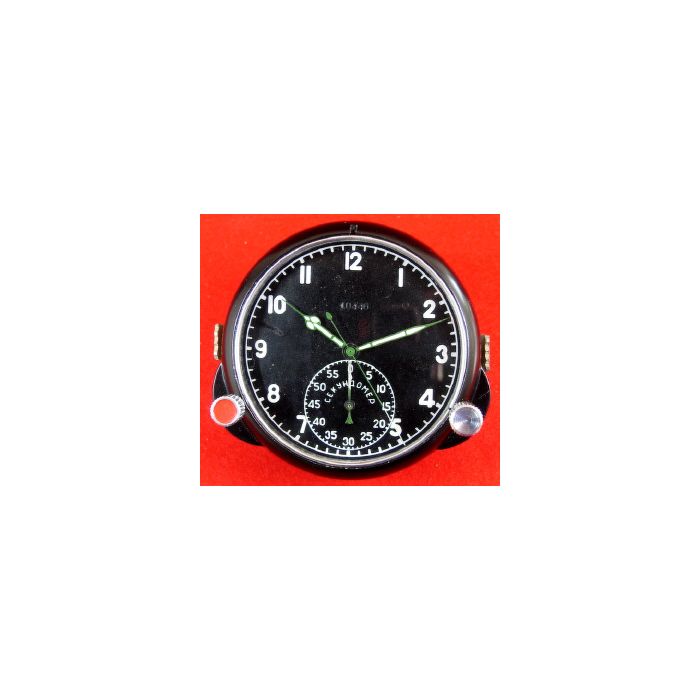 This Russian board chronograph is still used in many aircrafts and helicopters of the Russian Air Force. Early on, the Russian military had to import cockpit clocks with ‘Le Coultre Chronoflight caliber 310-5321’ for their airplanes but then, slowly, the clock manufacturers of the former Soviet Union started their own production of cockpit clocks, with their own movement design, modeled after Swiss types. The cockpit clock – Mod. AY 60, as shown here, has a cockpit clock caliber with 26 jewels, a monometallic balance spring, 18000 semi-oscillations per hour, anchor escapement, 2 spring housings, second-stop, chronographic function and at least 72 hours full winding. The second-hand and the minute counter hand in the lower dial correspond to the chronograph.  The built-in, temperature regulated heating is powered by 27 volts through 2 connections on the back of the clock and works from < 0 C. This extremely robust built-in cockpit clock is a real eye-catcher and does not have to be put, inevitably, into a MIG-29 only!