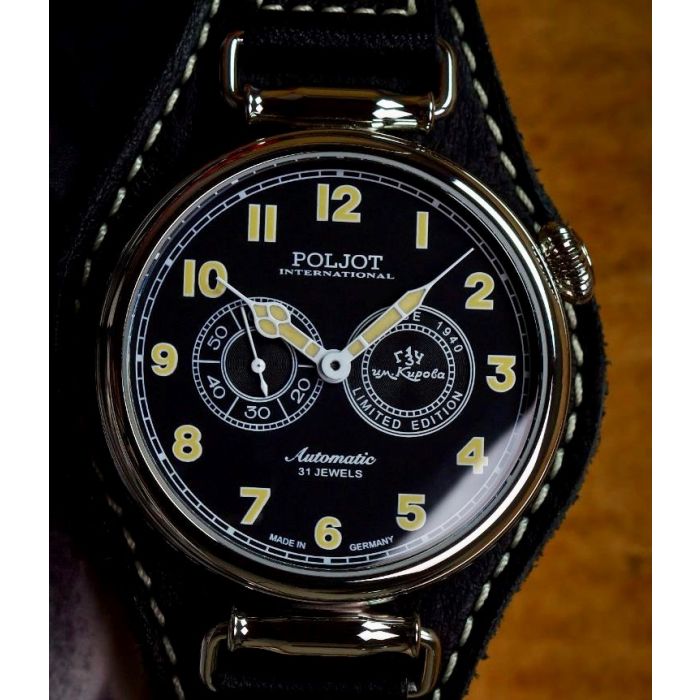 On this video I show you both types of straps on this watch with the black dial =  https://youtu.be/29BF-LziNHE

You can find all Poljot International watches here: https://www.poljot24.de/en/marken/poljot-international.html