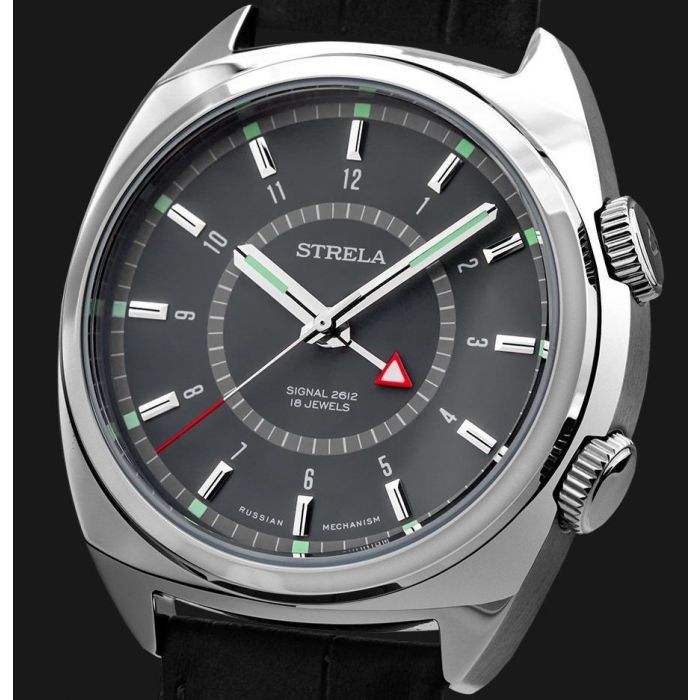 Comes with Strela strap and watchbox.

I can also recommend the grey or black RIOS1931 wave shark leather strap - see accessoires below.