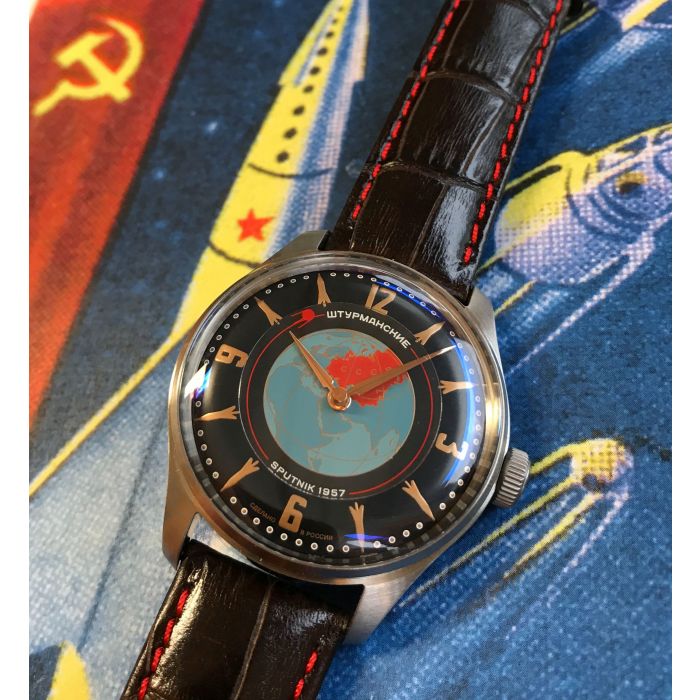 This new Sturmanskie is dedicated to the Sputnik flight of 4 October 1957.

Sputnik (Russian Спутник for "companion",  in astronomical meaning "Trabant" and "Satellite") was the name of the first ten Soviet satellites that reached an Earth orbit. Sputnik 1 was on October 4, 1957, the first artificial Earth satellite in orbit and is considered to be the starting signal of the Soviet space flight. The word Sputnik belongs to the 100 words of the 20th century and is in some (especially Eastern European) countries a synonym for satellite. (source Wikipedia)

In my own collection I own and wear   (see picture below) an old "Sputnik" from the 60's -  I am happy that Sturmanskie now presents this new, beautifully detailed watch with original Poljot manual winding caliber!

Decorated watckback with the limitation number of 2000 pieces.

The black dial is based on the model from the 60's and shows arabic numerals and indices in rocket form!

A turning plexi disc is fitted above the globe and the "Sputnik"  functions as a second hand and circles the earth!