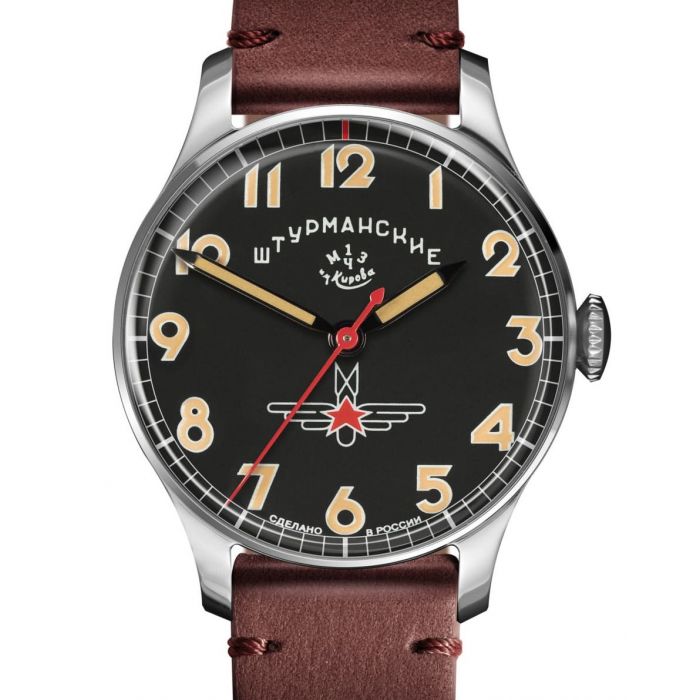 Skip to the beginning of the images gallery
Details
Just arrived from Moscow!

During his historic excursion into space, cosmonaut Yuri Gagarin had a special watch on his wrist - the legendary Sturmanskie, which was specially made for this space flight. This Sturmanskie also proved itself in weightlessness in space.

Sturmanskie has been the official watch supplier for Soviet and then Russian cosmonauts since 1961.

This new model honors Juri Gagarin and is based on the original watch from 1961.

The pressed back shows the limitation number.

The first man and the first watch in space. In 1960 Gagarin was selected as a potential cosmonaut and received appropriate training from March 1960 to January 1961. He was chosen from the 20 possible candidates mainly because of his calm temperament to be the first person to leave Earth.
On April 12, 1961, Yuri Gagarin was the first person in space. On board Vostok 1, a human being reached the internationally recognized limit of 100 km for the first time. Gagarin took off on board a Vostok spacecraft from the Tjuratam spaceport (today's Baikonur) and landed near the southwestern Russian city of Engels after a complete orbit. The flight is one of the greatest successes of the Soviet space program and is considered a milestone in the space race between the USSR and the United States.
Click here for more information about Jurij Gagarin ( wikipedia )