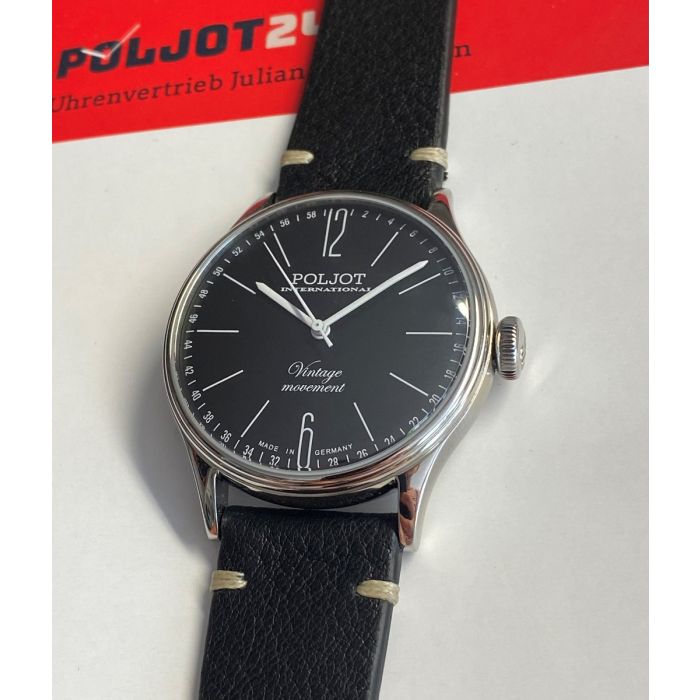 As the RIOS1931 Bio leather strap INZELL in black looks also great on this watch, I include this strap for free, too!

Real vintage rarity from the 60s.

The "Samara" model is a beautiful watch from the 1960s that is being produced again by Poljot International.

The design dates back to the 1960s and has nevertheless been slightly revised. The hour markers are given a thinner and more elegant shape and optically adapt perfectly to the narrow shape of the hands. Numbers were chosen to represent the minute scale. These were placed on the outer edge of the dial. The curvature of the dial on the outer edge is retained, as in the original models from the 1960s .

The movement 2609 Poljot, which is used for these models, is a rarity. It also dates from this time and actively supports the vintage models.

The glass bottom of the watch is also an update compared to conventional vintage models. It was very important for the designer to show the original vintage work.

The 38.5 mm case is made of brushed stainless steel, the bezel and the back are  polished.